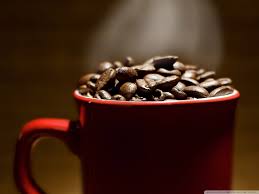 Coffee drinks have many different names that come from many sources. Coffee houses have 64 drink selections they agree have the same basic recipe. Some of these drinks have different names or have a number of variations. A good barista is one who knows how to make them all.

Affogato is Italian for drowned. This can be a drink or served as a dessert a drink or dessert with espresso that may also incorporate caramel sauce or chocolate sauce.

The Baltimore is an equal mix of decaffeinated and caffeinated brewed coffee while the Black Eye is dripped coffee with a double shot of espresso creating a strong taste.

The Black Tie is a traditional Thai Iced Tea, which is a spicy and sweet mixture of chilled black tea, orange blossom water, star anise, crushed tamarind, sugar and condensed milk or cream, with a double shot of espresso.

The Breven is made with steamed half and half cream while the Caffè Americano or simply Americano is prepared by adding hot water to espresso, giving a similar strength, but different flavor from regular drip coffee. The strength of an Americano varies with the number of shots of espresso added. Variations include the Long Black, Lungo and Red eye.

The European Café au Lait is a continental tradition known by different names, but is the most popular drink in European coffee houses. It is made using strong or bold coffee as well as espresso that is mixed with scalded milk in a 1 to 1 ratio.

Cafe Bombon was made popular in Valencia, Spain and modified to suit European tastes and many parts of Asia such as Malaysia, Thailand and Singapore. The basic European recipe uses espresso served with sweetened condensed milk in a 1 to 1 ratio. The Asian version uses coffee and sweetened condensed milk at the same ratio. For visual effect, a glass is used, to create two separate bands of contrasting color.

In America, the Caffe Latte is a portion of espresso and steamed milk, generally in a 2 to 1 ratio of milk to espresso, with a little foam on top. This beverage was popularized by large coffee chains such as Starbucks.

The Cafe Medici starts with a double shot of espresso extracted using a double filter basket in a portafilter that is poured over chocolate syrup and orange or lemon peel, which is usually topped with whipped cream. This drink originated at Seattle’s historic Last Exit on Brooklyn coffeehouse.

A Cafe Melange is a black coffee mixed or covered with whipped cream. This drink is most popular in Austria, Switzerland and the Netherlands.

A Cafe Miel has a shot of espresso, steamed milk, cinnamon, and honey. Miel is honey in Spanish.

Coffee milk is similar to chocolate milk; but coffee syrup is used instead. It is the official state drink of Rhode Island in the United States.

A Cafe mocha or Mocha is a variant of a caffe latte, but a portion of chocolate is added, typically in the form of chocolate syrup. When bought from a vending system, instant chocolate powder is used. Mochas can contain dark or milk chocolate.

Moccaccino is a term used in some regions of Europe and the Middle East to describe caffe latte with cocoa or chocolate. In the U.S., it usually refers to a cappuccino made with chocolate.

Cafe Zorro is a double espresso added to hot water in a 1 to 1 ratio.

Cappuccino is a coffee-based drink prepared with espresso, hot milk, and steamed milk foam. It is served in a porcelain cup, which has far better heat retention. The foam on top of the cappuccino acts as an insulator to help retain the heat, allowing it to stay hotter longer.

The Caramel Machiatto or C-Mac is a vanilla latte with foam and gooey caramel drizzled on top, while Chai Latte notes that the steamed milk of a normal cafè latte is being flavored with a spiced tea concentrate.

A Chocolate Dalmatian is a white chocolate mocha topped with java chip and chocolate chip while Cinnamon Spice Mocha is mixed cinnamon syrup, topped with foam and cinnamon powder.

A Cortado, Pingo or Garoto is an espresso with a small amount of warm milk to reduce the acidity. The ratio of milk or steamed milk to coffee is between 1 to 1 to 1 to 2. Milk is added after the espresso is made.

Decaf is a beverage made with decaffeinated beans while a Dirty Chai is Chai tea made with a single shot of espresso.

An Eggnog Latte is a seasonal blend of steamed 2% milk and eggnog, espresso and a pinch of nutmeg. In Germany, the Eiskaffee, ice cream coffee consists of chilled coffee, milk, sweetener, vanilla ice cream, and sometimes whipped cream.

An Espresso Romano is a shot of espresso with a small rind of lemon and sugar added.

A Flat White is prepared by pouring creamy steamed milk from the bottom of the jug over a single shot of espresso creating a lighter froth. This drink originated in New Zealand and Australia.

Frappuccino is the name and registered trademark of Starbucks blended ice beverage and bottled coffee beverage that may different flavors.

Galao is a hot drink from Portugal made of espresso and foamed milk. It is made in a tall glass with about one quarter coffee, three-quarters foamed milk.

Guillermo was originally made with one or two shots of hot espresso, poured over slices of lime or on ice; sometimes served with a touch of milk.

Another seasonal blend, a Gingerbread Latte consists of steamed milk, espresso, gingerbread syrup, topped with a pinched of nutmeg, cinnamon and vanilla powder.

Greek frappé coffee is a foam-covered iced coffee drink made from spray-dried instant coffee. It is a very popular Greek summer drink.

A Green Eye, also known as Triple Death, is dripped coffee with a triple shot of espresso.

South Indian Coffee, also known as Madras Filter Coffee or Kaapi is a sweet milky coffee made from dark roasted coffee beans and chicory. It is especially popular in the southern states of India.

Instant coffee is a beverage derived from dehydrated brewed coffee beans that come in powder or granules. Some brands include Chock full o’Nuts, Japanese canned coffee, Moccona and Nescafe.

Libbylou is a hot espresso made with equal parts mocha and white mocha topped with espresso and steamed half and half. It is served plain without a topping,

Liqueur coffee, is brewed coffee with a shot of liqueur and usually served in a warmed glass. Sugar is required in the coffee mixture to help the cream float. There are 17 varieties; each uses a different liqueur.

Macchiato is an espresso with a dash of foamed milk that is put directly into the espresso cup first; espresso is dispensed into the cup. Cocoa is then sprinkled over the drink.

Mary Turner Coffee is a soft amount of milk, 3 sweeteners, and the rest coffee. It’s an evening drink.

Mazagran is a long cold coffee beverage from Portugal and served in a tall glass. It is made with at least strong coffee, usually espresso, lemon and ice. Sometimes sugar, rum or water is added or a fast version uses previously sweetened espresso in a cup with ice cubes and a slice of lemon.

Mochasippi is prepared by baristas in coffee houses in southern states. Similar to the Mocha, but a Mochasippi contains actual shots of espresso rather than a powdered instant coffee.

Pocillo is a shot or small portion of unsweetened coffee, now usually made either using an espresso machine or a moka maker, but traditionally made using a cloth drip and served in cups made for the purpose in Latin America.

Raspberry Mocha is a regular mocha with raspberry flavoring.

A Red Tux is a Zebra Mocha with raspberry flavoring.

Regular Coffee in New York City, a regular coffee with cream and sugar. A variant phrasing is coffee regular.

Ristretto is a very short shot of espresso coffee. All strengths of flavors are usually attributed to espresso in general, but are more pronounced in Ristretto.

A Torpedo is made by placing the froth from steamed milk in cup with espresso coffee falling though the froth. The torpedo creates a very clean and distinct flavor for those who prefer a stronger taste of espresso than through conventional cappuccino.

Turkish coffee is made by immersing the coffee grounds in water that is hot but not boiling long enough to dissolve the flavorsome compound. In Turkey, sweetness used is from a pinch to two teaspoons. Pouring that creates the most foam is considered the best cup.

Vienna coffee is the name of a popular traditional cream based coffee beverage. Made by preparing two shots of strong black espresso in a coffee cup, it is infused with whipped cream until the cup is full; then topped with more cream and chocolate sprinklings.

White Chocolate Mocha or sometimes referred to as White Mocha and is a sweet mixture espresso, steamed milk, white chocolate syrup. This sugary drink is often topped with whipped cream.

Yuanyang, sometimes also called Ying Yong, is a popular beverage in Hong Kong. Made of a mixture of coffee and Hong Kong-style milk tea, it is served hot or cold. Yuanyang means pair of two unlike items as used in this drink.

Zebra Mocha, sometimes known as a Black Tux, is a mixture of regular mocha with a white chocolate mocha. 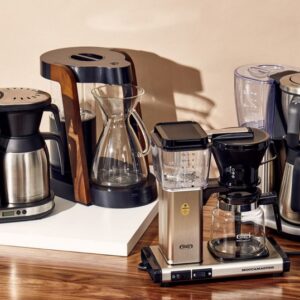 Coffee may be the most popular beverage in the world. Recent statistics indicate that over... 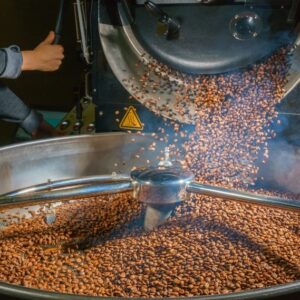 How do you take your coffee? Two creams, a dozen sugars? Nine splendas? Lots of... 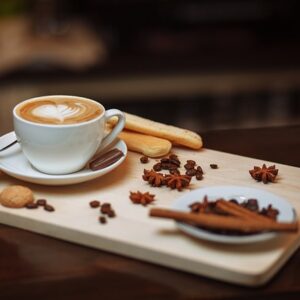 The first coffee drinks I want to share with you are staples of my everyday... 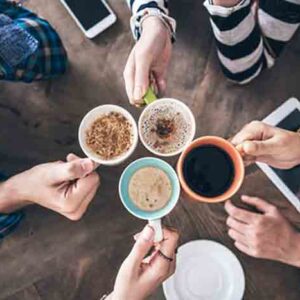 Coffee is one of those things that has become part of our every day lives... 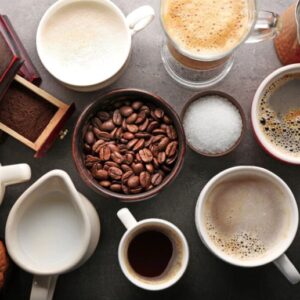 Looking for the best cup of coffee? Do your homework first! Coffee is coffee, right?... 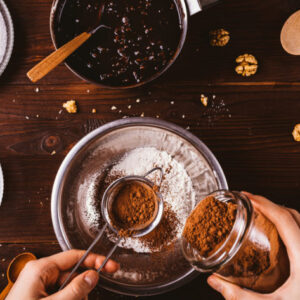 Every day, all over the world, millions of people start their day by drinking coffee.... 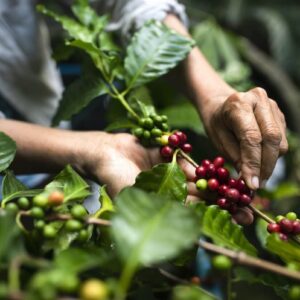 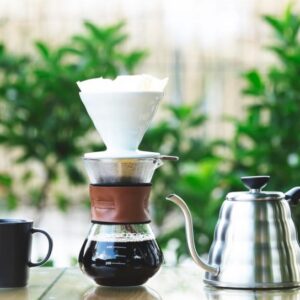 If you are like most coffee drinkers, you probably think you are already getting an...

Manage Cookie Consent
To provide the best experiences, we use technologies like cookies to store and/or access device information. Consenting to these technologies will allow us to process data such as browsing behavior or unique IDs on this site. Not consenting or withdrawing consent, may adversely affect certain features and functions.
Manage options Manage services Manage vendors Read more about these purposes
View preferences
{title} {title} {title}
Share This
Java Charlie